Four friends sharing the same passion for art, namely painting, decided to join forces. Or better yet, present their group work to the public.

The result of this partnership is the “Refraction of Light” exhibition, which will be hosted on the island of Milos in July.

Behind the cliché “history is written by friends”, there is a great truth: People who share common loves and interests can accomplish a lot if they come together. Something similar happened to four friends – all artists. Ismini Micha, Io Pappas, Petros Mallis and Anest Haderi worked feverishly in their studios all winter. Individually, alone but with the same goal. Despite the difficult conditions and the bans imposed by the pandemic. Now they are all ready to exhibit their works together.

Their inspiration, common: The colors and the light, the sea, the beauties of this world, but also the Aphrodite of Milos. In the picturesque island of the Cyclades, their group exhibition will take place, as one of the group members, Petros Mallis, lives there.

He was born and raised in the center of Athens. A pupil of Marasli, she took part in painting competitions, winning numerous prizes. In the 90s he became intensely involved in mural painting, setting up shops and the pediatric clinic in Veria. He studied the great painters, while he was mainly inspired by the Renaissance. In 2000, she presented her first solo exhibition “Retrospections à la Renaissance”, a year later she returned with a series of works entitled “From the Renaissance to the present day”, while during the period 2002-2003 she presents the “Retrospections”.
Deepening more and more the secrets of her art, in 2005 she presented the exhibition entitled “Inspirations”. She has participated in numerous group exhibitions, while last year she launched her new solo work “Le Zigzag du Monde”. His works, selected by the Biennale Internazionale d’arte, travel to Bari, Italy, in the old village of the city. His paintings are in private collections in Greece. You can see his works here. 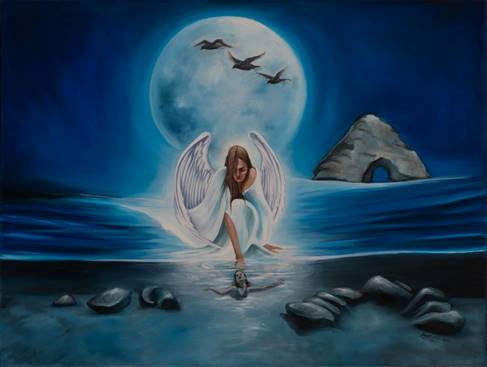 He was born and raised in Corinth. He studied fashion design at the Veloudaki school and an artisanal model for women and children, costume design, art history and learned the batik technique, under the tutelage of the painter Michalis Veloudakis. In the process, he attended seminars related to the arts, such as theatrical speech, directing, photography and learned the technique of stained glass. He studies the history of art and the great painters of the Renaissance.

In the 1980s, in collaboration with local cultural associations, he directed and directed plays for children. Self-taught, he has been practicing painting for several years. Since 2017, he has been taking painting lessons at Aft Kallithea. He has participated in numerous group exhibitions, inside and outside Athens. He lives and works in Athens. You can see his works here. 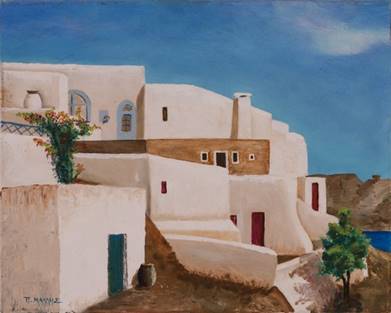 He was born and raised in Piraeus. His contact with art took place at a young age, when an elementary school student made his first works. From 1990 to 1992, he took painting lessons with Professor George Manousas. He has made several personal exhibitions, while he has participated in many group exhibitions. His works have been hosted in galleries and art spaces in Paros, the Municipal Gallery of Keratsini, the Municipal Theater of Piraeus, the Gallery of Milos etc. He lives and works in Milos, where he has created a lending library and at the same time gives painting lessons to primary school students. You can see his works here. 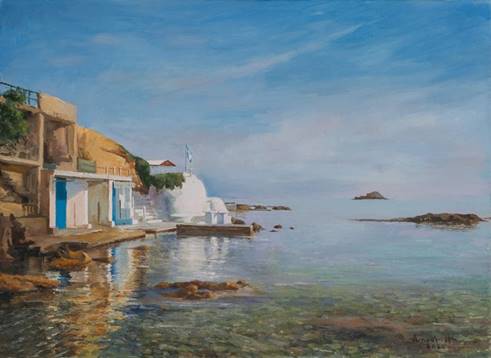 He was born in 1964 in Tepeleni, Albania. He graduated from Tirana Art High School. To his credit, he has individual exhibitions, but also participations in group exhibitions, both in Greece and Albania. He is currently preparing works for a personal exhibition. Many of his works can be found in public places in Albania and in private collections, inside and outside Greece. He lives and works in Athens. You can see his works here.